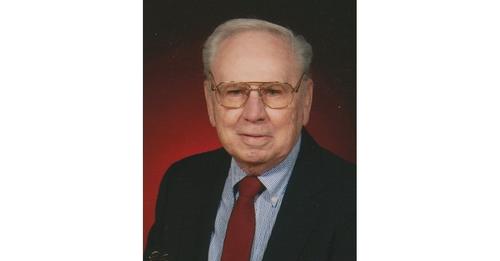 Family and friends will pay tribute to Walter (Walt) Donald John Hoffmann at a celebration of his life being held at 2 p.m. on Tuesday, May 31, at Christ Reformed United Church of Christ, 117 E Burke Street, Martinsburg WV.

Walt, who was 91, passed away on May 22 surrounded by his family, who will continue to honor his legacy by living their lives to the fullest.

This, however, was only one of his careers. He and a friend also bought acreage in Martinsburg and created the Woodbriar Golf Course and Woodbriar Manor. Next, he turned his attention to real estate and became a broker for Century 21, serving as one of the original directors for what became the Eastern Panhandle Board of Realtors. In addition to these careers, he was also a contributor to and author of several books.

Walt was a 65-year member of Christ Reformed United Church of Christ and served the church in many capacities, including on the Consistory. He was a cherished member and friend and will be sorely missed.

Visitation starts at 1 p.m. on Tuesday before the service. Dr. Thomas Hartshorn will officiate.

Read the full obituary and leave notes of condolence for the family.