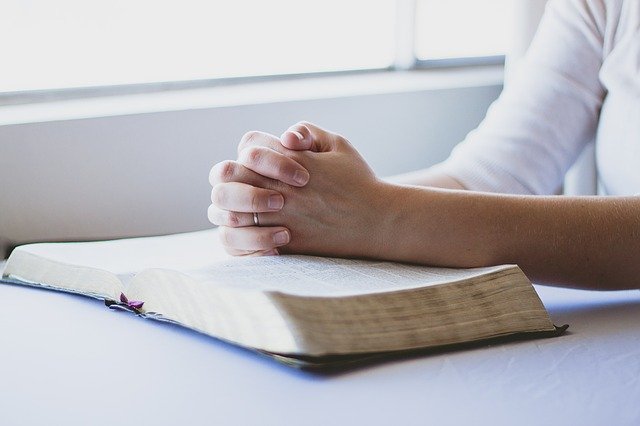 One of the interesting things to come out of research I did for a Sunday school series I gave a few years ago on the history of the church year at my last church (and which I hope to do someday at CRUCC) was my discovery of the now-obscure Septuagesima season, which dates to the early 500s AD.

Historically these three Sundays were starkly different from the Ordinary Time Sundays (or “Sundays after the Epiphany” as they’re called in some denominations) prior to them and looked a lot like Lent with violet vestments in the church, no Gloria and no alleluia in the Mass settings. Holy statues and crucifixes may or may not be draped in purple during Septuagesima, as they are for Lent. To distinguish from full-on Lent, some parishes use a lighter shade of purple for vestments and paraments (i.e. altar and pulpit hangings).

When the Roman Catholic Church underwent its major revisions in the 1960s at the second Vatican Council, it’s easy to see why these three Sundays were dropped. They’re hard to say, their meaning is not immediately apparent, they don’t make literal sense mathematically and Lent, a time of fasting and inner reflection, is already quite long running from Ash Wednesday to Holy Saturday (the day before Easter). Who would want three more weeks of Lent or anything close to it? Although Septuagesima and its season enjoyed some Protestant commemorations (mostly among Anglicans and Lutherans), it was no surprise that Septuagesima was not included in the Common Lectionary movement and its revisions in the late 1970s and early ‘80s.

It’s a little jarring of a concept for some Protestant thinking. Just as the world goes out with a pre-Lenten bang with Mardi Gras and Fat Tuesday — one last party knowing Lent lies ahead — the church in some respects does the same with Transfiguration Sunday, which coincides with Quinquagesima.

Historically, Transfiguration Sunday was (and in the Catholic faith still is) a lesser festival celebrated in August. Martin Luther, however, moved it up to the last Sunday before Lent in the Protestant calendar. In the years when Septuagesima was still a “thing” in Protestant churches that celebrated a pre-Lenten Transfiguration, it just got bumped up three weeks so it was: Sundays after the Epiphany (however many there were in any given year), Transfiguration Sunday, Septuagesima, Sexagesima, Quadragesima, First Sunday in Lent, etc.

Although Epiphany is technically just one day (always Jan. 6), Epiphanic themes run through the scriptures used in the lectionary in the subsequent Sundays, culminating with Transfiguration, in a sense the ultimate Epiphany of Christ. Transfiguration is typically celebrated as a joyous (albeit mysterious) Sunday full of alleluias and images of a radiant, shining Savior. That thematic continuity — which is present whether we’re in year A, B or C of the lectionary — is why some consider Epiphany a season running from Jan. 6-Transfiguration.

Despite all that, Septuagesima has beckoned to me in the few years or so and I am looking forward to it this year. I think part of its charm, for me, was indeed its obscurity and what might look, at first glance, like a pointless exercise musty with liturgical cobwebs.

However as I’ve read more about the season, studied the rich Septuagesima propers (still used in the extraordinary form of the Roman Rite which uses a one-year, as opposed to three-year lectionary cycle) and contemplated the mystery of the season, it has become special. If you’re doing a deep spring cleaning of your house, you don’t start with a scrub bucket and cleaning supplies. If your house looks anything like mine, first you have to tame the clutter and get rid of the junk. Even moving into an increasingly paperless age, it’s astounding how quickly piles of papers get out of control for me — old bills, church bulletins, Christmas cards, to do lists, piano and organ music, copies of the Blade, other magazines and newspapers, on and on. You can’t even think about cleaning when you can’t see the top of your kitchen table or desk. Sometimes paring all that down is as labor intensive as the actual cleaning to follow.

I’ve found this has spiritual ramifications as well. I can’t just plunge into my Lenten goals without giving it a little thought first and taking some steps to recalibrate my soul. What does God want me to do this Lent? What do I feel led to do musically here at CRUCC? What does he want of me in my own life? What is he asking me to change or give up?

For me, Septuagesima is a chance to start that process. It doesn’t mean I can’t celebrate the Transfiguration or that I’m locked down for nine weeks of gloom. It just reminds me that “he who began a good work in (me), will be faithful to complete it.” I just have to be willing to do my part and meet him in the middle. Septuagesima helps me get that process started a little sooner.

Joey DiGuglielmo is the Christ Reformed United Church of Christ Director of Music.