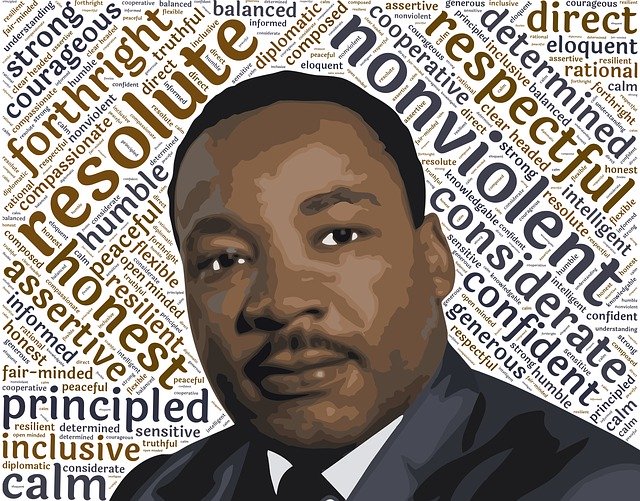 Black History Month is coming to a close, and writers much more knowledgeable than me have written countless articles about the black leaders who have shaped our nation, with Dr. Martin Luther King Jr. first among them. I will not presume to add to the literature here.

Instead, I want to share the article that affected me the most. Earlier this month, The Washington Post ran an account of the month-long trip King and his wife took to India in 1959 to trace the steps and visit sites important to his hero, Mohandas Gandhi.

This surprised me, although it probably shouldn’t have. After all, where did I think King had gotten the inspiration for his nonviolent protest movement? Indeed, he had been studying Gandhi since the late 1940s and had been hugely influenced by his beliefs and practices.  In fact, King was quoted as saying, “Christ showed us the way, and Gandhi showed it could work.”

During his time in India, King was honored and respected. He returned that respect. He was bombarded with questions from the Indian people who wanted to learn more about America and nonviolent protest. In turn, he visited Buddhist and Hindu temples and spoke to local protest leaders. He lectured and he learned. He called this trip to India “a pilgrimage.”

In the current age of divisiveness and exclusion, this came as a breath of fresh air. Gandhi was of a different culture, nationality and religion from King, and yet King found so much to admire in him. Instead of shutting himself off from the ideas Gandhi practiced and preached, King was open to his wisdom. He did not hate Gandhi because he was different. Instead, he admired him for his virtue. He didn’t condemn him for not being a Christian. In fact, in a sermon he gave four days after his return, King said of Gandhi: “It is one of the strange ironies of the modern world that the greatest Christian of the 20th century was not a member of the Christian church.”

To say that our society is fractured today is an understatement. It seems people hate and fear what is not known or comfortable. That which is unfamiliar is often ridiculed, instead of explored and embraced. “Different” in today’s culture is not judged to be a good thing.

And yet, Christ loved everyone. He ministered to rich and poor alike. He broke bread with sinners. He chatted with Samaritans. His entourage included prostitutes and tax collectors. This story about the respect and reverence an iconic American leader felt for an iconic Indian leader was a timely reminder that we need to look past the labels society gives us and respect each other for the human beings underneath.

Even decades after his death, Dr. Martin Luther King Jr. still has a lot to teach us.

Lisa Gough is a member of the Christ Reformed Church’s Web Committee.