Epiphany: A time for new beginnings

Epiphany: A time for new beginnings 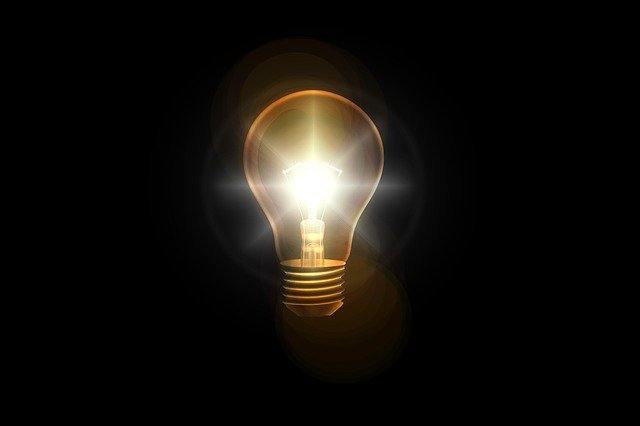 Epiphany. Eureka. Aha! (A light bulb goes on over your head.)

January can be a bleak time. It is a bit of a blah month: the high spirits of the holidays are over, it’s back to work, and the bills for the holiday season come due. The weather turns decidedly harsher, and winter is readying its inevitable blast of subzero temperatures and limited daylight, leading millions of people to experience the mood-dampening effects of less sunshine and longer nights known as seasonal affective disorder.

And if all of that weren’t bad enough, January is also the month for resolutions. Grasping at the chance for a new start, we all make promises to ourselves to do better: eat healthier, eat less, exercise more, spend less money or any number of other things. For many, it’s just a matter of weeks or maybe even days before that resolute attitude fades, replaced by a vague sense of guilt and resignation to life as usual.

But this time of year also brings a season of hope: Epiphany. It is the period of time immediately following the Christmas season and just before the commencement of Lent, which in our liturgical calendar lasts four weeks.

I’ll admit, I had not thought much about the season’s meaning besides a vague understanding of a connection between Epiphany and the three Wise Men visiting the baby Jesus in Bethlehem.  It was never celebrated in my upbringing in the Pentecostal faith. But I discovered that if you look at Epiphany – and the new year — for a deeper, more long-lasting meaning, you will discover an empowering truth that can energize you for much longer than an eleventh-hour oath, vowing to be a better person as of 12:01 a.m. on Jan. 1.

One definition of Epiphany is “the way the Light enters into the world,” which of course refers to Christ (“I am the Light of the world” — John 8:12). But it can also be read to mean the light of knowledge, of understanding — literally, enlightenment. What if we as people of faith think of this time not as a time to make shallow promises to ourselves, but as the best time to renew our understanding of Christ’s promise to us and as a chance to understand more about ourselves with an eye toward long-lasting improvement?

The ending of the old year seems like an appropriate time to take stock of one’s character and, in particular, to reflect on how one’s character has been evidenced in one’s actions the past 365 days. It’s a chance to look back not only on our achievements, but also on our fallacies and on areas where we can be better. Hence, many of us announce our New Year’s resolutions as the final chime of midnight sounds on Dec. 31.

However, the euphoria of promised new beginnings is often quickly smothered by reality – and all of its incumbent tragedy, weakness and injustice — creeping back in.

We can be forgiven for wallowing in darkness.  Focusing just on the headlines of the day, one can easily get the idea that the world is an increasingly dark and cruel place and that God must be mightily displeased with humanity for its shortcomings.

But, we can’t lose hope.  “Every child comes with the message that God is not discouraged of man,” said poet, musician and Nobel Prize-winning author Rabindranath Tagore.  In the season of Epiphany, that is most relevant, if not immediately apparent.

Popular media often depicts the new year as a baby wrapped in an oversized sash which enumerates the current year, standing in stark contrast to a nearby withered old man representing the past year. Is it so much of a stretch to think that the new year, like a new child, comes with a promise of renewal from God and a chance to begin a better life?

The Christ child fulfilled the prophecies of Isaiah by offering humanity forgiveness of sins and life everlasting.  But can we forgive ourselves, accept that gift and truly act in gratitude for what we’ve been given?  In gratitude and humility, can we spread that gift of love to our enemies, the hard to love and the most needy?

This time of year, can we experience our own Epiphany just as the Magi and the shepherds did?  Can that light bulb not only go on over our heads, but also light our way through the darkness in this world? A divine light can’t be dimmed by time. If we agree to accept its illumination and warmth, it will be the long-lasting and most rewarding resolution we’ll ever make.

Bob Gough is chairman of the Web Committee at Christ Reformed United Church of Christ.