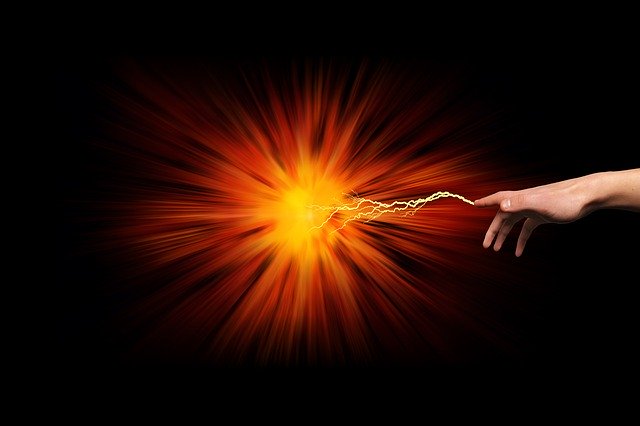 Recently, I finished reading the book of Revelation.

That’s no easy feat, and I will not pretend that I understood a lot of it. I recall a sermon in the not-so-distant past in which Tom remarked that Revelation was written using imagery that would have meaning for the people of the author’s time; we aren’t expected to get it. That helped me to feel like less of a dunderhead as I puzzled over dragons with multiple heads and multiple horns and multiple crowns, and leopard-like beasts with bear’s claws and lion’s mouths, wondering what it could all mean.

That does not stop others from translating Revelation to their own ends – namely, to imbue the veiled images with current meaning so they can declare that the end times have come. And boy, it would be tempting to think that now.

In everything from politics to public health to race relations, our society seems to be exploding these days. I don’t have to outline all the troubles in the world here; I’m sure you are well aware. It seems like civility and tolerance are things of the past. These days, it seems like we’re all just shouting at each other.

So yes, if you think the end times are nigh, I can understand. However, I prefer to see it differently.

These times, difficult as they are, are what will lead us to a better society, a more just country and a more harmonious world. These are the birthing pains we must endure to create the version of humanity that God wants. To quote another of Tom’s sermons, these are the death throes of evil. Those who benefit from the status quo and do not like to see people who are different rise to prominence are making one last stand for the old ways. Those ways will die out. Hopefully now, but if not, with future generations who are being raised to see that inequality is wrong and that every human being deserves justice and fairness. Our future is in the hands of today’s children who are being raised to see that we are all equal.

That vision of the future gives me hope and keeps me going when things look dark.

We also need to remember that we are not the first people to live in dark times. Countless comparisons have been made between 2020 and 1918, when the Spanish Flu pandemic killed 675,000 Americans as well as millions worldwide and forced people to stay home. Pictures of women in long skirts and face masks shocked me, as did pictures of anti-masks protests from the early years of the last century.

Anyone who lived through the 1960s knows that racial protests are nothing new. As our society becomes more aware of past transgressions, shocking facts are coming to light about our shameful history when it comes to race relations. Last month, the mayor of Tulsa ordered excavations to be restarted on two likely sites of mass graves of black people in a massacre that left hundreds dead in 1921. The fact that we still have protests means we have not solved the problem of inequality and injustice in our society. But, these days, it seems like many in positions of power are more open to listening and creating change.

When pondering the end times, there are two schools of thought. One says that you may as well not do anything, since whatever you do won’t matter. The other school of thought says you should be working even harder to make positive changes in the world.

And that is the version I choose to take. Again, I don’t think we’re in the end times, but I think it is more important than ever to take a stand. Maybe the stand you take is wearing a mask and social distancing, even when everyone around you is acting like things are normal. Maybe it is not standing for racial slurs to be uttered in your presence, even if it comes from your best friend or favorite relative. Maybe it is voting or working for voting rights or pledging support to the campaign of someone who will make things better. Even in the age of COVID-19, there are things we can do to nudge change along. Each action contributes to the groundswell that will create change.

In his most recent online sermon, Tom talked about how the church is much more than a building. We are the church. This is a huge responsibility, but it also gives us the power to change our society from the ground up.

Our little church may have been closed since March, but we have not been inactive. The dedicated people who are responsible for our Thursday night community dinner transformed it almost immediately in the early days of the pandemic from a sit-down meal to carry-out, continuing their important mission of feeding the community without a pause. We have a member of our congregation who is delivering The Upper Room to folks who miss their daily devotionals. Some of us are making masks. Members of the congregation have been reaching out to each other – on email, by phone and in socially distanced in-person visits – to make sure everyone is well. We have been posting positive stories on our Facebook page of kindness and hope during these rough times. Our church officers, especially those involved with finances, have remained busy behind the scenes making sure employees are paid and bills are covered. And the entire congregation has stepped up to continue its financial support. Our church community remains vibrant, even in these dark times.

I would be remiss if I ended this blog without a mention of health care workers. My heart goes out to these brave and selfless individuals. I have read so many profiles and op-eds in the news about these people who are sacrificing so much, often even their lives. They work long shifts and, while they now mostly have the protective gear they need, in the beginning that was not the case. They watch more of their patients die than be saved, and they have few tools to help. When they come home, many quarantine from their families – the people who could give them comfort – to ensure the safety of their loved ones. Some health care workers are living in their garages, basements or even their cars.  Then they get up and do it all over again. At the same time, they see rallies in which their fellow citizens protest against basic protective measures. They see people shun mask rules and social distancing guidelines. And still, these health care workers put aside their own personal well-being to take care of an ungrateful nation. PTSD is rampant among health care workers, especially in places like New York City. There have been suicides.

And so, if you take nothing else from what I have written, take this: Wearing a mask and socially distancing are not signs of weakness. You are not giving up your right of free speech when you wear a mask. Do it for the health care workers who are wearing themselves out taking care of your community. Wear the mask so we can reduce infections and flatten the curve. Give these folks a break.

It is not for us to know God’s plan. But I believe God wants good things for us, and so I think that what is happening now is going to lead to a brighter future. Instead of bickering, let’s look out for one another. If we spent as much time doing acts of kindness as we do arguing with each other, it would be a better world.