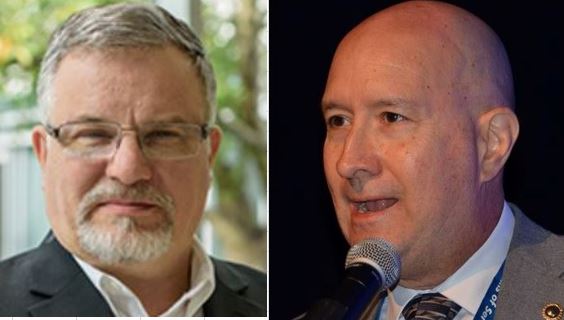 The Christ Reformed UCC Consistory voted during a special session on Jan. 15 to elect Bob Gough as treasurer and Mark Eisinger as financial secretary. The vote was taken after the previous treasurer, Ginny Reisenweber, submitted her resignation.

Gough had a career as a journalist and corporate executive that spanned more than 35 years before he retired in 2020. His most recent position was with an energy price publishing service, where he was responsible for compliance and business building. He and his wife Lisa have been members of the church for nearly five years.

Eisinger was a banker for 25 years before he became the business administrator of a church in Nevada for eight years. He is now a consultant for a non-profit accounting software firm and co-innkeeper of the Apple B&B in downtown Martinsburg. He and his wife Denise Phelps have been members of the church for about three years.

Esinger steps into the position of financial secretary that was last held by John Davis, who passed away last fall.

In its December meeting, the Consistory also re-elected Sylvia Kesecker as president and voted in Sallye Heaton as vice president.